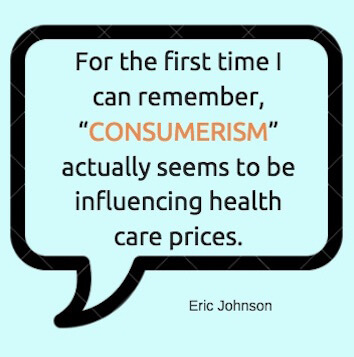 In a recent post about the ongoing EpiPen pricing saga, I suggested that a case study might be unfolding before our eyes: for the first time I can remember, “consumerism” actually seems to be influencing health care prices. This is part two of that story.

Over the summer, pharmaceutical giant Mylan, the maker of epinephrine auto-injector EpiPen, made headlines when consumers and lawmakers began to question the company’s pricing practices. The life-saving shot now costs about $600 for a set of two pens (up from $100 in 2007), and people seem to have reached their breaking point.

At the time, Mylan CEO Heather Bresch tried to blame a broken health care system for the skyrocketing costs, saying that a lack of transparency “incentivizes higher prices.” My comment was that a lack of transparency is partly to blame, but not for the reasons Bresch claims. When a third party is paying the bills, health care providers and pharmaceutical companies are able to raise prices on a regular basis with little effect on consumers—and they do. In other words, the health care system allows companies like Mylan to behave badly.

But this time, consumers are actually feeling the pain, largely because rapidly rising premiums have caused employers and individuals to move to high deductible health plans with no first-dollar copayments for doctor visits or prescription drugs. This means that parents of children with severe allergies are having to shell out hundreds of dollars for something that may have cost them $25 on their previous plan.

Angered by what they believe is price gouging on the part of Mylan, these consumers have taken to social media. That, as I pointed out in my previous post, was the “missing ingredient” in the early years of consumer directed health care. Now that people have an avenue to voice their opinions, we might start seeing big pharmaceutical companies and other health care providers bend to the will of the people.

The Latest on EpiPen

After months of bad press and questions from lawmakers, Mylan released a generic version of its auto-injector last week. The generic has a list price of $300, about half the cost of brand name EpiPens, and it should be just as effective.  As the Washington Post explains, creating an authorized generic is just “one of several steps the company announced when its prices were under scrutiny, including expanding its coupon program and the financial assistance it provides to some patients.”

Despite these steps, many people who rely on EpiPens believe the drug is still overpriced, even at $300 for a pack of two. Additionally, some question why Mylan was charging $600 to begin with when it can offer an equivalent product at half the price. This seems to be further evidence that the company is price gouging.

It’s worth noting that pharma companies don’t generally create a generic version of their brand name drugs. This is a really weird move. Yes, competition is good, but not when a company is competing with itself. An alternative to this weird generic solution would be to just lower the cost of EpiPens. 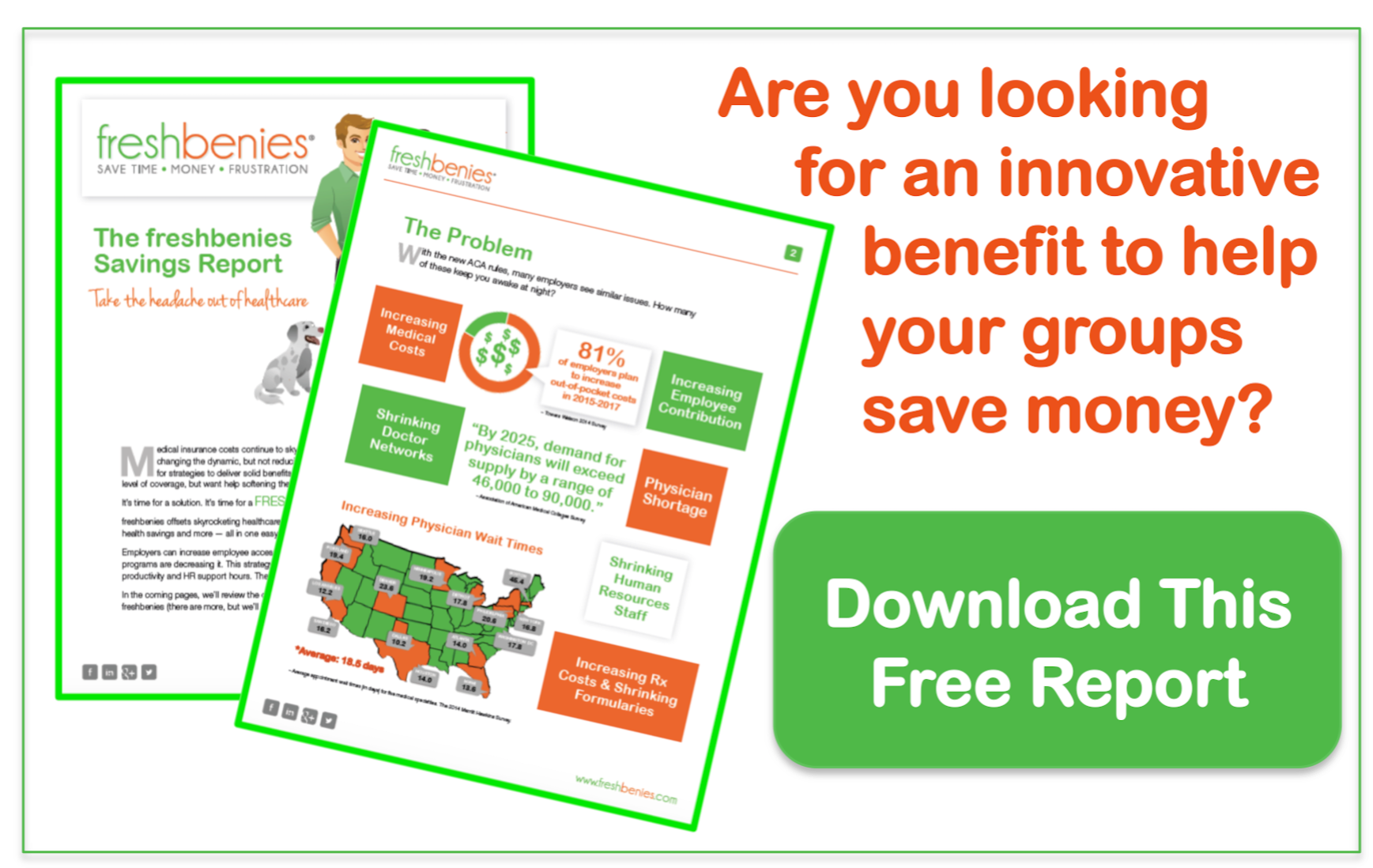 When people are mad, as they clearly are over EpiPen’s pricing, they look for someone to blame—and in this situation, there’s plenty of blame to go around. Some people point fingers at the drug maker for the unjustified price increases. Others blame the third party payment system and a lack of transparency, which encourages providers to charge what they want. Others say a lack of competition allows the company to dictate the price. And others blame the government for letting it happen. In a way, I think they’re all right.

Of course, we can point fingers all day long, but that does nothing to solve the problem. What can be done about high-cost drugs and other health care services? The answer depends in part on who you think is to blame, but here are some possible solutions:

Here’s a thought: why not charge an appropriate amount for the services you provide? You don’t operate a charity and nobody expects you to work for free, but you also don’t have to kick people when they’re down. When people are desperate for help, don’t take advantage of them. Behave ethically. The idea that maximizing shareholder wealth is and should be the number one priority of every publicly traded company is an outdated notion. There are other stakeholders to consider, including your employees, vendors, and customers, the communities in which you operate, and the environment. You shouldn’t ignore everything and everyone in the pursuit of the almighty dollar.

Because providers are unlikely to stop overcharging (despite my little lecture), others need to try to control what they charge, and insurers can do their part by designing plans that will encourage consumers to make wise health care decisions. Dropping the copays and making people pay for care prior to the deductible is one way to do that. Varying the copays is another. But insurance companies have tried these tactics for years and should recognize that the current incentives don’t seem to be doing the trick. Perhaps there are other ways they can tweak the plan designs that will help, but they should also focus on benefits communication, cost and quality transparency tools, and other efforts that will create better health care consumers. Because insurers contract with network providers, they have information the consumer does not; providing that info could lead to better results.

The best advice I can give healthcare consumers is to act in your own self-interest. If you have a plan that requires you to pay for the cost of care before the calendar year deductible, do your homework and make decisions based on cost and quality. Look for alternatives outside the health plan if necessary: for example, a call to a telehealth provider is usually more convenient and less expensive than going to a network doctor; sometimes a separate prescription savings card will beat the discount you get from your health plan.

Finally—and this is very important—use your voice to affect change. If you feel you’re being overcharged, don’t stay quiet. Question the charge, kick and scream if necessary, and tell others about your experience. Do the same if you receive service that is above or below average: let others know so they can make an informed decision about which providers they should use. And contact your elected officials to share your thoughts on pending legislation that could impact your premiums and out-of-pocket costs. They will listen.

We all know that competition helps drive costs down, and the government is responsible for creating an environment that encourages competition. When those efforts fail, though, and a company gets too big or finds itself with a virtual monopoly, perhaps the government should step in and do something to protect consumers. We have existing laws against price gouging. Why not enforce them? Ten years ago, filmmaker Michael Moore suggested that pharmaceutical companies be regulated like a public utility. Whether we should go that far or not, writing provisions into healthcare laws that prohibit the federal government from negotiating with pharmaceutical companies (as we’ve done on multiple occasions) seems a bit misguided. How about we find a happy medium?

While we haven’t mentioned health insurance brokers until now, we do share some of the blame for causing and some of the responsibility for solving the problem. Consumer Directed Health Care has been around for more than fifteen years, so at this point we really can’t plead ignorance. We know that shielding people from the cost of care drives utilization (and prices) up while requiring them to pay a bigger share of the expenses leads to better decisions. So why have we, as an industry, been so slow to embrace this movement?

Of course, no single broker can solve the problem of price gouging or rising health care costs, so this may seem like a futile effort. Besides, we have to do what’s best for our clients. What we can do is acknowledge the fact that the market is trending toward higher deductibles and more up-front cost sharing. In other words, consumers are being forced to take more responsibility whether they like it or not, and that means that we as advisors need to do everything we can to make sure they have the information and tools they need to get the highest quality care at the lowest possible cost.

The good news is that there are a number of tools out there, but most of them aren’t included in or provided by the health plan. As brokers, we need to seek out alternatives and solutions that will help people take control and make wise healthcare decisions. If our clients don’t know that these solutions exist, it’s our fault, not theirs.

Now it’s your turn! Do you see consumer voices impacting health care? How do you advise clients in today’s landscape of higher deductibles and increased out of pocket costs? Comment below or email me at eric@freshbenies.com.