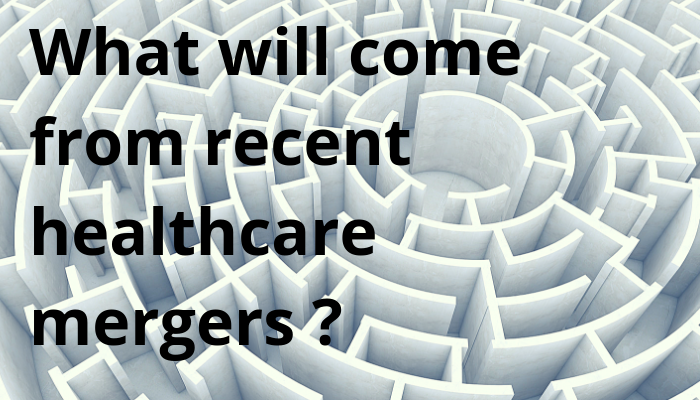 It’s the wild west out there in healthcare! News about mergers, acquisitions, partnerships, venture capital, technology, etc. are in the headlines daily.

If you haven’t heard, Baylor Scott & White and Memorial Hermann recently announced a merger. The planned combination of Dallas-based Baylor Scott & White Health with Houston-based Memorial Hermann Health System would form a 68-hospital system, making it the largest in Texas and among the largest nationwide, with annual revenue in excess of $14 billion.

What can we expect from the pending merger of two of the largest nonprofit health systems in Texas? While the specifics of this case study are local, this is happening all throughout the country, so the lessons are national.

As a former employee of one of these two health systems, I’m sharing 5 important questions this potential merger poses.

1. How will these two strong brands blend?

Both systems are faith-based and the by-products of previous mergers, so this isn’t new territory. But, the scale of this combined entity is on a totally different level. Together they…

According to the press release, the newly proposed system will rebrand and the new name will take effect before the deal closes. However, Baylor Scott & White Health and Memorial Hermann will continue to operate under their strong, highly regarded brands in their respective service areas.

The combined entity has already launched a new website touting the partnership (https://transforminghealthtogether.com) along with the lofty objective of “transforming health together.” On screen, it appears both entities are on the same page, which also includes having a unified board, but time will tell how well the cultures come together.

2. What does this mean from a technology perspective?

Although the two mission-minded nonprofits may speak the same language in terms of their objectives, their electronic medical record (EMR) systems will require some alterations. Baylor Scott & White uses Epic systems, while Memorial Hermann's EMRs come from Cerner. This could make data-sharing difficult for the combined entity – not an insignificant challenge.

We are nearing the third decade of this century and yet how frequently do we still need to fill out paper forms when visiting a provider? The combined system provides access to over 14,000 physicians but not under a single entity. Their network is a combination of employed, independent and academic physicians and the ability to have patient data flow freely among all those providers presents a great opportunity, but also a difficult challenge.

3. Why isn’t anybody talking about the impact on their provider-owned health plans?

In recent years, there has been a significant uptick in the number of provider-owned health plans. While a handful of these plans have enjoyed phenomenal success (Kaiser and UPMC, to name two), many others have struggled to truly compete with the BUCAHs (Blues-United-Cigna-Aetna-Humana), even in their regional markets.

From my experience, a regional market-leading care deliverer does not guarantee a market-leading health plan. Take Memorial Hermann: their in-patient market share has hovered around 24% for the past decade, which makes them the largest health system in the greater Houston area. But even with that market-leading position, they are still missing over three-quarters of Houston’s providers. This means that Memorial Hermann has to contract with their competitors (often at very unfavorable rates), or continue to grow their network footprint. And while this merger will grow the footprint of both entities in Texas, it doesn’t increase their scale in their local markets. It will be very interesting to see how they strategize the future of their health plans.

4. How will the carriers respond?

Gaining a stronger hand in contract negotiations with the carriers is often cited as a factor driving many hospital mergers and acquisitions. In this case, the combined network power could translate into more leverage with the BUCAH’s. These negotiations are incredibly intense for both sides, with millions of dollars at stake. When I was at Cigna, we knew we had an unfavorable rate with a particular health system. Despite trying to negotiate the rate to compete with the other major carriers, the health system remained resolute with their discount position. So how did Cigna respond? They steered their membership away from that particular health system as much as possible.

As mentioned above, since both Baylor Scott & White and Memorial Hermann have their own health plans, those entities are direct competitors with the carriers. And while the membership of these two provider-owned plans is a drop in the bucket compared to the national carriers, they still pose a potential threat. How the carriers respond to this new entity in the coming months will be something to watch.

This is really the billion dollar question. As much as Baylor Scott & White and Memorial Hermann are touting the merger as a great thing for Texans, who knows for certain if it will result in any major improvements? According to their joint website, the new combined system was created to “further strengthen communities, advance the health of Texans and transform the delivery of care.” That is certainly a lofty and worthy goal, but developing the blueprint to achieve that objective will take time and resources.

As long as health systems continue to participate in the fee-for-service model as opposed to outcome-based or value-based models, there will be an inherent financial bias toward continuing the status quo. With the seemingly nonstop rise in healthcare costs, it’s hard to envision this merger bending that trend. Texas ranks 44th in overall state health and has the highest uninsured rate in the country. Hopefully, the combined entity can do great things for Texas.

Now it’s your turn! What are your reactions to this recent merger? Comment below to tell me your story or email me at neil@freshbenies.com.