VACATION ETIQUETTE: 8 TIPS FOR YOUR FAMILY

Has this ever happened to you? I had just worked an 80 hour week preparing for vacation with my family. We left after work on Friday and arrived at our destination hotel late that night. I was SO excited with the prospect of sleeping in on Saturday morning! But, my plans were foiled, for what did I hear at 6:30am? Not the pitter patter of little feet, but the jumping, screaming, running pounding feet of excited vacationing kidlets. All that sound reverberating through the acoustical hotel hallway with nothing between me and my well-deserved REM sleep but a flimsy wood door.

I know how excited kids get when they’re in hotels and on vacation, but the scenario above has played out multiple times in my life and it’s not always kids (or drunk bachelorette party girls).

But what is proper hotel hallway etiquette? Is there such a thing? There must be some guidelines somewhere about how to act properly while vacationing – in one building with 500 rooms and 1500 people “living” just a few feet away from each other, right?

To get some advice, I had a chat with Terri Martinez, the owner of Etiquette North Dallas, who says, “Having good manners really comes down to respect and that’s what I focus on in all my classes and seminars. I don’t teach manners and etiquette so much as I teach respect and preparation.” With over 20 years of training and customer service experience in the retail and hospitality industries, she knows the importance of understanding etiquette basics for social situations in personal and professional settings. As a mother of two, she understands the need for children to be prepared socially in order to enjoy confidence in all situations. She teaches classes regularly for kids and big kids (by the way, click here to check out the upcoming Summer Camps). I like that she’s not uppity or uptight about “following rules” and she talks the talk:  when I met her 8 year old son, he put out his hand, told me his name and said “nice to meet you.”

It’s a timeless maxim: treat others as you want to be treated. Obviously, this is a truth to live by whether you’re vacationing or not. But, Terri says, “Especially on vacation, when you’re not in your normal surroundings, respect for others and their space needs to be top of mind.” She gives this example:  “If we’re alone in our home, our kids can be louder and run around. But, when a guest is visiting or we’re at a restaurant or hotel, they know it’s time to lower voices, sit still and play quietly. Again, it’s about respecting others – there are other people ‘in our space’, servers with trays, etc., ”

Terri suggests lowering your stress level with your kids by preparing them properly up-front, setting up your vacation for success. This reminds me of the Seinfeld episode when Jerry had a new “handler.” They were traveling to a comedy show together and the handler would “help” by alerting him to every little thing that was about to happen. “Now Jerry,” she would say as if speaking to a child who had never traveled to hundreds of comedy gigs, “the valet is going to take your bags and then we’re going to go to your hotel room.” Of course, Jerry grew more and more exasperated with her constant mothering throughout the episode.

But, the handler’s instructions would have been perfect for kids. Terri advises, “When kids act crazy in public, it’s because they’re not prepared or don’t feel prepared. Kids are kids and sometimes they’re just going to act like kids. But, when you prepare them ahead of time for where you’re going, what you’ll be doing, and what you expect of them - you cut the battle in half.” She gives this example:  “If you’re going out to dinner with small children, prepare the way by telling them, ‘We’re going to a restaurant so we’re going to sit and talk quietly and behave.’ I always say ‘preparation = confidence.’ When kids are properly prepared, they know expectations, have more confidence in the situation and act out less.”

After all, you want to have a fun and restful vacation, too. Preparing the way for your kids will cause you less stress and that’s a recipe for a relaxing vacation! 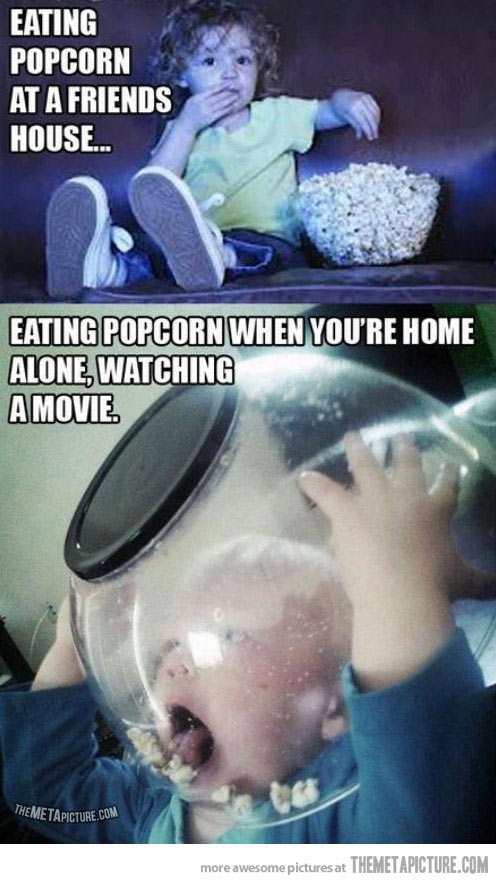 Recently, Terri and her family were at a restaurant sitting near a family of four. The two school-aged children were eating quietly with their iPads propped up, ear buds in, watching a TV show. Terri says, “I guess that’s the only way the parents were going to fit in a conversation. We have to be careful – sometimes when trying to keep kids quiet and occupied, we do it in unhealthy ways. In our family, we just don’t have devices at the table - it’s not appropriate, it’s distracting and we’ve always said ‘If we’re going to dine out - and quite frankly, I’m going to pay for your meal - then we’re going to sit quietly and have a conversation as a family.’”

These days, with more one-child families, parents are allowing their kids to invite a friend along on vacation. Terri says, “If your child is invited on vacation with another family, always ask if you can help pay for something - at least offer to pay for a specific activity or meal. Most likely, it will be “no”, but always offer. And, don’t forget the thank you! Terri suggests, “Always have kids send a handwritten thank you note – and include a gift, if appropriate.”

We all have a tendency to want to completely unplug on vacation, but that doesn’t mean we shouldn’t put some thought into our attire. Terri spent over 12 years as an HR Director in the hotel industry where one of the common sayings among workers was “don’t check your brains and manners with your luggage!”

She says, “Even when on vacation, dress for the environment. Don’t assume that everywhere you go is ‘a place for you.’ Just because you’re on vacation running around the pool and hotel, doesn’t mean you can run into the nice restaurant wearing your suit, cover-up and flip flops.” Terri also has a note on inappropriate dress based on a recent trip to a water park. She says, “Without going into it, there were some ‘undercovered’ bodies – let’s just say there are some things I don’t want to explain to my 8 year old son. Especially in places where there will be families and children, dress appropriately for those sharing your space - these outfits were truly intruding on my space and just because you CAN wear it, doesn’t mean you SHOULD.”

How many times have you sat through a 2 hour flight with multiple kicks to the back of my seat? “In preparing your child for a flight experience”, Terri advises, “it’s important to let them know before they board that they’ll need to sit still, play quietly, use their inside voice, and not kick seats or grab headrests.”

Terri cautions, “It’s important that kids learn to respect the authority of the flight crew and their instructions. I was recently on a flight where they’d just done the final ‘turning off your devices’ announcement and noticed a teenager semi-secretly texting away with her parents in the seats next to her. When an authority asks us to do something, it’s important to reiterate that it’s not just about listening, it’s always about respect and, in some cases, it’s about safety.”

Remember my sob story at the beginning of this article? Terri handles it brilliantly with her kids: “I explain that we’ll be staying in a little bit of a different set up than our house. There will be people all around us and much closer, so we can’t be jumping around on the floors, talking loudly in our room or in the hallways, etc.”

With her background, she has a soft spot for people who work in the hotel industry. Did you know that the housekeeping staff are some of the lowest paid workers in the hotel – yet, they clean 15-18 rooms a day checking 250 points in every room, sometimes working 6 days a week? Terri adds, “Housekeepers work hard - I don’t even like to clean my own bathroom much less 15-18 a day that are being used by total strangers - so clean up after yourself like you would at home. This is a good time to remind kids how to treat property with respect. You wouldn’t leave trash and wet towels lying around your home, so don’t do it in a hotel room.”

Terri says, “The Staff are there to ensure you have a great time, but they should be compensated for their service.” If you’re not a business traveler, you might not have a good grasp of tip amounts, so Terri suggests the following:

**If your cab driver doesn’t provide an extra service, like stowing and returning your bags from the trunk, there’s no need to tip. If they do, use the same rule above.

**Food servers - the new norm is 15-25%, but Terri notes, “Don’t judge their tip for service based on bad food or other things beyond their control. A server’s tip should be based on THEIR service. And if you have a coupon, tip on the total amount, not the discounted amount.

Now, tell us your story! What are your vacation etiquette pet peeves? What etiquette tips do you have for vacationing families?