SUPER DAD: 5 GIFTS FOR YOUR KIDS

Did you know that during the 1920s and 1930s, a movement arose to scrap Mother’s Day and Father’s Day altogether in favor of a single holiday, Parents’ Day? As with many things in America, commercialism won out! According to History.com, struggling depression-era retailers and advertisers “redoubled their efforts to make Father’s Day a ‘second Christmas’ for men, promoting goods such as neckties, hats, socks, pipes and tobacco, golf clubs and other sporting goods, and greeting cards.”

But how did Father’s Day start? According to Wikipedia, Father's Day was founded in Spokane, Washington in 1910 by Sonora Smart Dodd. Sonora’s father was a Civil War veteran and single parent who raised six children. After hearing a sermon about Mother's Day in 1909, Sonora told her pastor that fathers should have a similar holiday honoring them. Although she initially suggested June 5, her father's birthday, the pastors didn’t have enough time to prepare their sermons, so the celebration was deferred to the third Sunday of June.

And still with all this fanfare, some fathers feel inadequate! Bill Cosby said, “If the new American father feels bewildered and even defeated, let him take comfort from the fact that whatever he does in any fathering situation has a 50% chance of being right.”

To help, I had a chat with one of my favorite father friends, Kevin Whitaker. He's perfect to advise us on this topic because he’s wise, well-read and most importantly, the dad of 3 really cool, smart, sweet, driven, high-achieving kids.

He describes his tips as 5 “gifts YOU give your kids”….

It’s critically important for kids to see dad loving mom - treating her as #1 so they know she’s #1. As Kevin says, “My kids need to see me adoring their mom. That happens in many ways: how I treat her in front of them, how I take her out, my willingness to admit I’m wrong & apologizing to her in front of them.” Kids also need to know that they can’t interfere in the husband-wife relationship. “My kids are crystal clear that my loyalty to my wife trumps my loyalty to them.  We are a pair for life - our kids are just visiting. If they try to mess with that, come between that, separate that or interfere with that relationship, they’ll find trouble. For example, we tell them that one of the worst things they can do is to ask one of us a question and go to the other if they don’t like the answer. We always say, ‘An answer from one of us is an answer from both of us…you can’t separate the two.’”

Kevin has two daughters and a son – all in their teens. Obviously, it’s important to invest in your kids, but Kevin explains how that plays out with daughters and sons.

He says, “With the girls, I’ve learned that it’s critically important for them to get affection from their father so they don’t go seeking it elsewhere.  Many times, girls who are promiscuous are missing this. From the day they were born, the time I invested in my daughters was spent making sure they felt adored, loved, cared for and important.I want them to know what it feels like to be treated well – like ladies. Since they were young, we’ve done some “date nights” – I would plan the night, take them out, open their doors, seat them, etc. I knew this would give them a living example of what a good healthy relationship they should expect from a man and look for in a husband.”

“With my son, I’m investing into him as a man who will someday lead a family. I’m trying to teach him to nurture and protect his future family, to lead them, to have a view of himself as a final line of defense for his family. I also wanted to be his source of information on topics around sex. I think these conversations need to start early and be very open. Matters of the heart aren’t a natural conversation for most guys with their dads. So we started early to ensure the conversation is comfortable and commonplace. I wanted him to know there was no topic out of bounds.  In Steve Farrar’s book Point Man:  How a Man Can Lead His Family, he advises that as a father, I should be the first person to bring this up with my son - not anyone else. This way, I’m the go-to source of information, not the gutter. And my son gets my perspective, not whatever he happens to hear from his friends at school.” 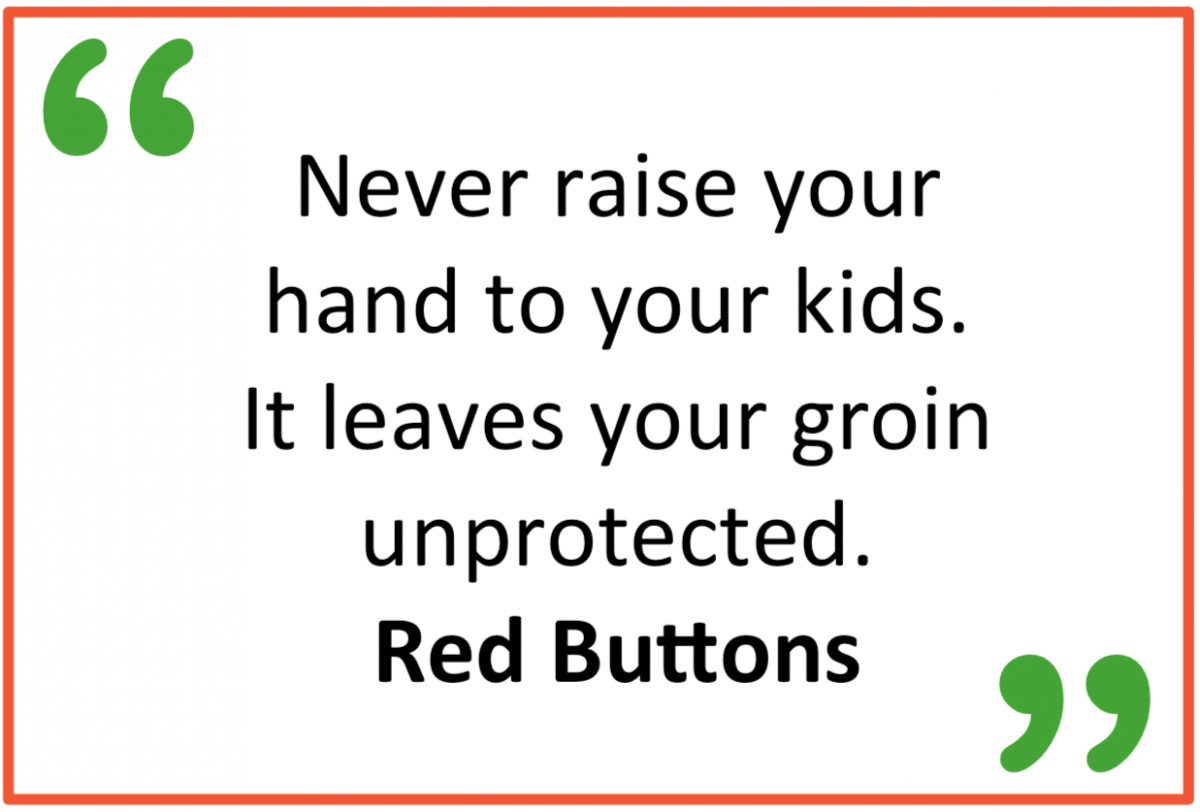 3) Change with the stages

Kevin shared 3 stages of parenthood – parenting must change as kids travel through each of them.

1) COP.  In this stage, it’s basically about keeping your kids alive: feeding them, keeping them from sticking their finger in an electric outlet. Here, it’s best not to follow Ernest Hemingway’s advice: “To be a successful father, there's one absolute rule: when you have a kid, don't look at it for the first two years.” (I’m glad he wasn’t MY dad)

2) COACH.  As they age, you start giving them more direction for living. Like a coach, you give them the play and they go execute it. As they make mistakes and fail, you help them to course-correct. You’re their biggest fan in the bleachers when they win.

3) CONSULTANT.  This happens more as they move out of high school and into jobs/college. Kevin notes, “At this point, your kids need to go run their own life. When they come to me, I’ll counsel them on the choices they’re considering, but I make it clear that I’m no longer going to tell them what to do or give them the answers. Basically, I’ve become their mentor for life, providing guidance through big decisions and problems. I’ve spent a lifetime establishing a relationship where we have healthy communication and friendship.”

Yes, we want kids to win and be confident and have self-esteem, but Kevin warns, “Our kids are going to fail – it’s a fact.  Some kids learn failure from a face plant and others learn from watching others face plant. As parents, we need to stop rescuing them from failure. It’s important to allow them to fail and struggle – to be in a place where they don’t get a trophy for coming in 15th place. They need to try some things and fail at them - to learn what it means to fail and recover. There are so many parents who micromanage their kids into constant-success failure-free lives, but the world won’t do that. As parents, we shouldn’t do it either.  Sometimes it’s hard because we ‘know the answer’, but we still allow our kids to learn from their self-inflicted adversity. I’d much rather have them fail when they’re under our wing than when they’re on their own with little safety net. The more they fail in front of us, the easier it is for them to recover - we’re there for them during the healing time and they’re more teachable in those moments.”

Obviously, spending time with kids is important (and kind of a requirement of being a parent), but Kevin is quick to point out that we have to get away from the “quality time” myth. He says, “It’s not about quality time – it’s really just about spending time together NOT in front of the TV. It’s during the mundane times - like driving in the car together – when trust develops. During those times, your kids need to know all communication lines are open. I just listen and allow them to do the talking and say what they think.  These are the spaces in our lives when a relationship of trust is cultivated and grows – and it has to start early. Kids place trust when they know it’s OK to openly talk about things without fear that they’re going to be straightened out or corrected with everything they say.”

Hey dads, it’s your turn to give us your fathering tips! What are some of the words of wisdom you live by?