Click the tabs below to learn
about the benies
Telehealth
Your 24/7/365 Dr. BFF!

Did you know up to 70% of medical issues can be solved over the phone? Call a doctor (US-based) anytime, & get a prescription written, if medically needed. No visit fee when you call...no kidding!

Feel better now! 24/7 access to a doctor is only a call or click away—anytime, anywhere with no per visit fee. With Teladoc, you can talk to a doctor by phone or online video to get a diagnosis, treatment options and prescription if medically necessary. Save time and money by avoiding crowded waiting rooms in the doctor’s office, urgent care clinic or ER. Just use your phone, computer, smartphone or tablet to get a quick diagnosis by a U.S. licensed physician. 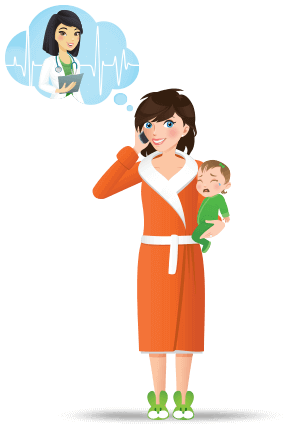 © 2017 Teladoc, Inc. All rights reserved. Teladoc and the Teladoc logo are registered trademarks of Teladoc, Inc. and may not be used without written permission. Teladoc does not replace the primary care physician. Teladoc does not guarantee that a prescription will be written. Teladoc operates subject to state regulation and may not be available in certain states. Teladoc does not prescribe DEA controlled substances, non-therapeutic drugs and certain other drugs which may be harmful because of their potential for abuse. Teladoc physicians reserve the right to deny care for potential misuse of services.  Click here to view a Teladoc Access Map.

Can I get a prescription?

Teladoc does not guarantee prescriptions. It is up to the doctor to recommend the best treatment. Teladoc doctors do not issue prescriptions for substances controlled by the DEA, non-therapeutic, and/or certain other drugs which may be harmful because of their potential for abuse. These include, but are not limited to, antidepressant drugs such as Cymbalta, Prozac and Zoloft which are drugs that are harmful due to their potential for abuse. Also, non-therapeutic drugs such as Viagra and Cialis are not prescribed by Teladoc doctors.

Can I request a particular doctor?

You cannot request a particular doctor. Teladoc is designed to support your relationship with your existing doctor. It is not a means of establishing an exclusive relationship with one of our doctors. Please know that all Teladoc doctors are highly qualified and go through rigorous training and credentialing. We have the largest physician network of any telehealth provider with board-certified, state-licensed doctors.

Can I speak with a specialist?

You cannot request to speak with a specialist directly, but our doctors may be able to provide guidance on the type of specialist you should see.

Can Teladoc handle my emergency situations?

Teladoc is designed to handle non-emergent medical problems. You should NOT use it if you are experiencing a medical emergency.

What are some of the common conditions Teladoc treats?

Do I talk to “real doctors”?

Yes. Teladoc members only talk to actual doctors who are U.S. board-certified internists, state-licensed family practitioners, and pediatricians licensed to practice medicine in the U.S. and living in the U.S. When you request a visit, Teladoc will connect you with a doctor licensed in your state.