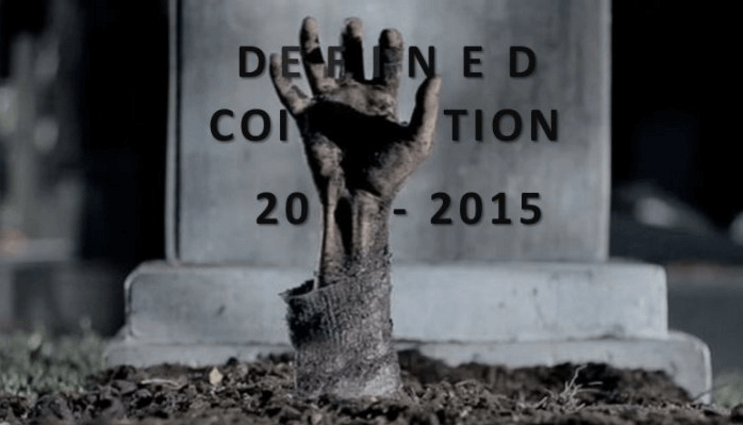 Boy, this defined contribution thing just won’t go away! Though the IRS and DOL have repeatedly told us that employers absolutely, positively cannot pay for individual health plans for their employees, some people just didn’t like that answer. A lot of people, actually – on both sides of the aisle. And they decided to do something about it.

About a year ago, I published an article on LinkedIn about a bipartisan bill introduced in both houses of congress that would make it legal for small employers to reimburse employees through a Health Reimbursement Arrangement for individual insurance premiums and out of pocket expenses.

Well guess what… that bill just passed the House and is now on its way to the Senate. This is big news, not because it’s likely to become law anytime soon, but because it’s one of the very few changes to the Affordable Care Act that both Democrats and Republicans have been able to agree on in the last six years. The Small Business Health Care Relief Act, which passed on a voice vote on June 23 right before the House of Representatives went into recess, had a total of 60 co-sponsors: 38 republicans and 22 democrats. It now moves on to the Senate for consideration.

The bi-partisan nature of this bill does imply that it at least has a chance of passing and being signed into law after a new President takes office, and if it does it would mean major changes for both the small group and individual markets. Small employers, which are not required to offer health insurance to their employees, may decide that maintaining a group plan is too costly but might still be willing to help their employees pay for individual coverage. And an influx of young, healthy employees in the individual market might actually help to stabilize premiums, which have been hurt by adverse selection in the two-and-a-half years that the guaranteed issue provision has been in effect.

At this point, what brokers need to ask themselves is whether the solutions they’re recommending to their clients will be applicable whether the bill passes or not. The truth is that both the individual market and the small group market are struggling with high premiums, rising out-of-pocket costs, and shrinking networks, and that means that brokers who offer solutions to combat these challenges—like supplemental products, telehealth, and consumerism tools—will be well positioned going forward.

Below is the text from last July’s post about the defined contribution bill.

For years, insurance agents have quietly wondered and loudly debated whether employers could legally reimburse employees on a pre-tax basis for health insurance purchased in the individual market. A strategy known as defined contribution, these sorts of employer-funded accounts can work well for small businesses that are having trouble meeting the carrier’s participation and contribution requirements or who don’t want to block employees and their family members from receiving a premium tax credit.

Despite all the anticipation and repeated requests for guidance, the feds took their own sweet time weighing in on this issue, which only prolonged the debate. But, finally, they told us what they thought of the strategy in January of 2013, and four times since then they’ve issued additional statements to eliminate all doubt about their position.

The big piece of guidance came on September 13th, 2013 – yes, Friday the 13th – and the news wasn’t good for defined contribution supporters. Together, the Department of Labor, Treasury Department, and Department of Health and Human Services confirmed that Health Reimbursement Arrangements (HRAs), section 125 Cafeteria Plans, and Employer Payment Plans are all considered employer-sponsored group health plans under the law and, as such, are subject to the market reforms applicable to group health plans. Specifically, these plans are subject to the PHS section 2711 prohibition against annual and lifetime dollar limits on essential benefits and the section 2713 preventive services requirement. However, because these plans do place a limit on essential benefits (limited to the employer contribution) and don’t cover preventive care in all circumstances, they fail to comply with the market reforms. And while HRAs integrated with other group health coverage are not considered to be out-of-compliance, these sorts of arrangements cannot be integrated with individual market coverage.

The Nail in the Coffin

Since the September guidance, the Departments have addressed this issue again and again, clarifying that it is definitely not legal for a company to pay for its employees’ individual health insurance premiums and warning that employers who ignore the regulations could be subject to penalties of $100 per day per employee, or $36,500 per year, under section 4980D of the Internal Revenue Code. After a brief transition period, the IRS promised to begin enforcing the rules effective July 1st.

Rising from the Grave

Shame on all the non-believers! What many thought was dead and gone may, in fact, be alive and well – or at least on its way to a full recovery. A few days ago, “U.S. Senators Chuck Grassley (R-IA) and Heidi Heitkamp (D-ND) and Congressmen Charles W. Boustany, Jr., MD, (R-LA) and Mike Thompson (D-CA) introduced bipartisan companion language in the House (H.R. 2911) and Senate (S. 1697) known as the Small Business Healthcare Relief Act to roll back existing Treasury Department guidance issued under the authority of the Affordable Care Act prohibiting the use of Health Reimbursement Arrangements (HRAs).”  Read the press release here: http://www.grassley.senate.gov/news/news-releases/grassley-heitkamp-boustany-and-thompson-introduce-health-reimbursement

This bill was introduced in the last session of Congress by Boustany and Thompson, but with the pending decision inKing v. Burwell it didn’t get much traction. Now it’s back and stronger than ever, and it has a huge amount of support. The press release quotes the U.S. Chamber of Commerce, the National Association of Home Builders (NAHB), the National Federation of Independent Business (NFIB), the American Farm Bureau Federation (AFBF), and several other organizations, all of whom are fans of the proposed legislation.

What the bill does

The Small Business Healthcare Relief Act wouldn’t actually give defined contribution supporters everything on their wish list, but it would certainly be a good start. Applicable large employers could not adopt the strategy, and employees receiving tax-free employer dollars for individual health insurance wouldn’t be able to double-dip and claim a premium tax credit, but it would give small employers a way to help their employees without the administrative headache of setting up a group health plan and without the threat of a huge excise tax. Here’s what the press release says about the defined contribution bill:

Grassley, Heitkamp, Boustany, and Thompson’s legislation restores flexibility and choice into the marketplace by:

Quotes from the Sponsors

Each of the four sponsors chimes in in the press release about defined contribution, all making the point that the bill is bi-partisan, common sense, and restores a strategy small employers have been using for years – whether that’s actually true or not.

Grassley said: “I’ve heard from farmers, small business owners and accountants who are worried about getting hit with a penalty for something they’ve done for a long time without any controversy. It doesn’t make sense to tell small employers they can’t help their employees get health insurance. Why disrupt something that worked? Our bill puts this provision back to what it was so farmers and small businesses can use this option as they see fit.”

Heitkamp said: “Our bipartisan bill would make a needed fix to restore the ability for small businesses, which sometimes can’t afford to provide health benefits‎ for employees, to help their workers purchase coverage using HRAs. That just makes sense. I have long said some parts of the health care reform law work, but we need to improve the pieces that should work better for families and small businesses - and this bill continues those efforts.”

Boustany said: “Restoring choice and affordability in the healthcare marketplace is the key to driving down costs and improving accessibility for consumers. Using Healthcare Reimbursement Arrangements is a creative approach that allows employees to select healthcare plans that are best tailored to fit their needs. Our common-sense bipartisan legislation frees employers to provide their employees with options that will put the individual in charge.”

Thompson said: “This common-sense, bipartisan bill is about choice and affordability. It will allow small businesses to offer Healthcare Reimbursement Arrangements to their workers so they can choose a quality, affordable health insurance plan that fits their individual budget and healthcare needs.”

What do you think?

One thing I’ve learned in talking about health reform for the past five years is that this is an issue brokers feel very strongly about: some really want to recommend a defined contribution strategy to their small employer clients; others feel it would destroy the small group market.

So what do you think? Will this bill pass? Do you want it to? How would it affect your small group clients? Would you start selling more individual products? And would you recommend additional benefits to supplement the narrow-network, high-deductible coverage most people would buy in the individual market? Let me know what you think.